</p><p style="margin: 0cm 0cm 8pt;">Often described by many an adventure writer as a ‘symbol of
inaccessibility’, to me the Matterhorn evoked a completely different emotion.
Despite knowing I was taking on the biggest challenge of my mountaineering
career to date, I was fuelled in the preceding months by ambition and
adrenalin. I had set myself a goal and I vowed to do everything I possibly
could to make it a success.</p><p style="margin: 0cm 0cm 8pt;">

</p><p style="margin: 0cm 0cm 8pt;">A gruelling and intense training programme of weightlifting,
running and scrambling about the Scottish hills, supplemented by tough climbing
wall sessions, set me well on the right track to achieving optimum fitness.
Long nights of studying and researching every possible challenge the mountain
could pose got me in a confident and encouraged mind-set. It wasn’t until I was
face-to-face with the world’s most iconic mountain that I realised that nothing
and nobody can fully prepare you, physically, mentally or emotionally, for what
you are about to undertake. I can say openly and with complete honesty that taking
on the might of the Matterhorn was the toughest most intense situation I’ve
ever put myself in. </p><p style="margin: 0cm 0cm 8pt;">

</p><p style="margin: 0cm 0cm 8pt;">In order to acclimatise, I took a cable car up 3300m from
Chamonix and spent the night sleeping on the station floor. I say ‘sleeping’
loosely, as I probably only closed my eyes for a matter of a few hours due to
the rush of adrenalin, excitement and anticipation of what lay ahead. The
following morning I took the cable car back down to meet my Alpine Guide, Nico.
3 hours’ drive later and charged with an eagerness like I’ve never felt before,
we arrived in Zermatt. A short cable car trip left us at our starting point for
the day’s hike – 2 hours through the beautiful town until we found our ideal
bivouac site. Lying under the stars that night was an incredible experience
although, again, sleep didn’t much feature. This time my insomnia was most
welcomed as it allowed me to watch a magnificent display of lamps waving up the
route of the Matterhorn’s Hornli Ridge (our route!) which marked part of the
celebrations of the 150th anniversary of the mountain’s first ever
successful summit. What an experience!</p><p style="margin: 0cm 0cm 8pt;">

</p><p style="margin: 0cm 0cm 8pt;">Despite my restlessness, my 2am alarm startled me. This was
it. I was about to climb the Matterhorn! A quick breakfast, packing of any
essentials and a safe stash of our bivi kit and we were on our way. It was of
course pitch black in the dead of night so we relied solely on the light from
out head torches to guide us on our way. The climb was admittedly strenuous
from the outset. The introduction was a vertical wall, and the strain seemed
relentless. Despite all of my intense training, I felt every movement. Every
muscle in my body was working as hard as the others until, 5 hours after
setting off, we reached the summit! Roped to Nico, I tip-toed across the knife
edge ridge and absorbed every second of the experience. Clouds thousands of
feet below me, bright sun, thin air, breath-taking views; the sense of
achievement was euphoric. Trying (somewhat unsuccessfully) to choke back tears,
I couldn’t quite register that I was in fact standing on top of the Matterhorn!</p><p style="margin: 0cm 0cm 8pt;">

</p><p style="margin: 0cm 0cm 8pt;">The drop in our body temperatures and the niggling effects
of high altitude meant we spent only around 15 minutes at the summit. I was
aware that the toughest part of my day was still ahead. After snapping a few of
the best selfies I’ve ever taken, I composed myself and we started our descent.
This was the longest and most energy sapping challenge I’ve ever faced. I
started to suffer the effects of acute mountain sickness and it was now more of
a mental challenge to get me through the next 7 hours safely. Abseiling from
cliff to cliff, I knew I was still savouring the experience but my exhausted
expression was of concern to my guide. In my attempt to save weight, I ran out
of water on the descent. My tongue was now glued to the roof of my mouth.
Looking at the refuge in the distance it didn’t look so far away but the need
to down-climb slowly meant it never seemed to be getting any closer. 4 hours
later it was within my reach – and the £6 (!) I was charged for a bottle of
water is the best money I have ever spent. </p><p style="margin: 0cm 0cm 8pt;">

</p><p style="margin: 0cm 0cm 8pt;">Before my trip I had grand plans of celebrating my
successful summit partying in Chamonix but reality was altogether a whole lot
different. By the time I arrived back at my hotel I couldn’t wait to get my
numb feet out of my boots and take the first shower I’d had in 3 days! Still
suffering the lingering effects of my earlier altitude sickness, I ate very
little but I did manage to open my hipflask and toast my success with a few
sips of 30 year old Glenfiddich … then slept like a baby. I had conquered the
‘symbol of inaccessibility’.</p><p style="margin: 0cm 0cm 8pt;">

<br></p><p style="margin: 0cm 0cm 8pt;">For more trip reports, knowledge share and
friendly advice for passionate mountaineers, novices and those who like to get
the whole family involved, please like my Facebook page
(https://www.facebook.com/carpediemmountaineering). If you already have a love
for the outdoors you'll love the stories and pictures we have to share. If it's
all new to you, have a browse and ask some questions ... you've got to seize
the day ...</p> 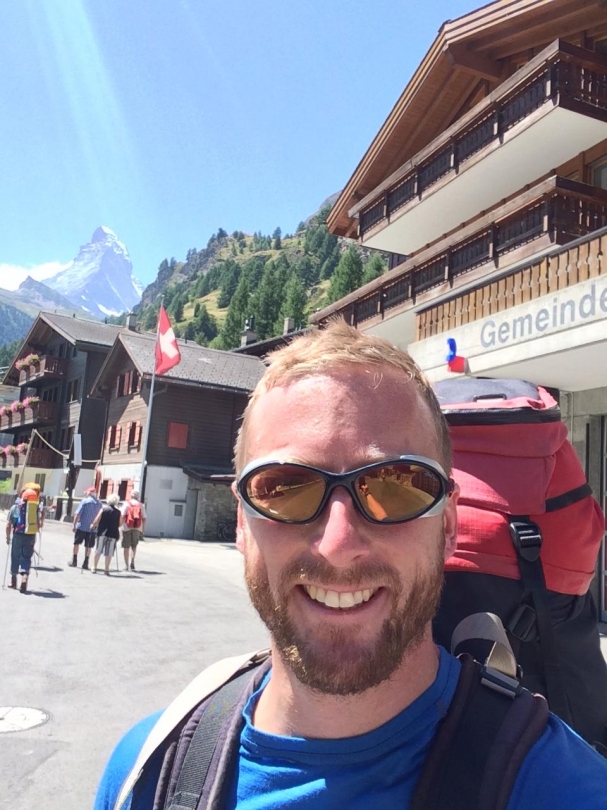 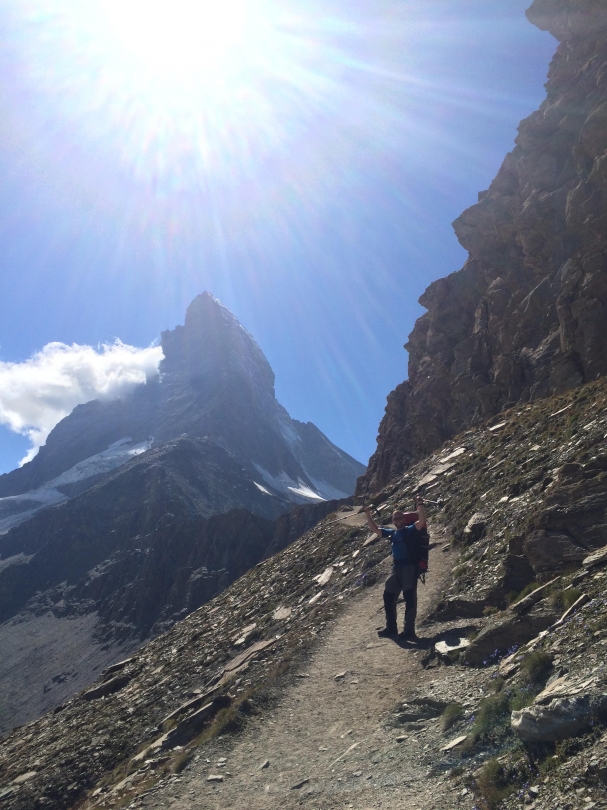 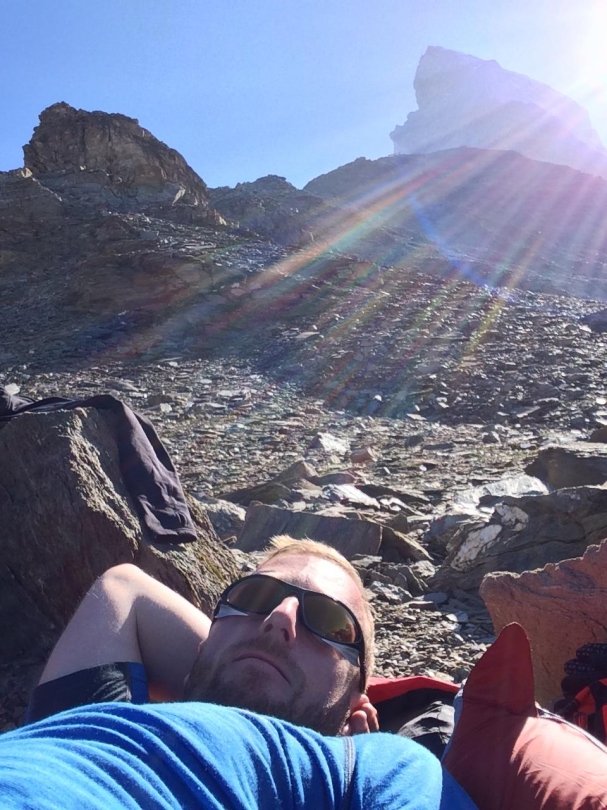 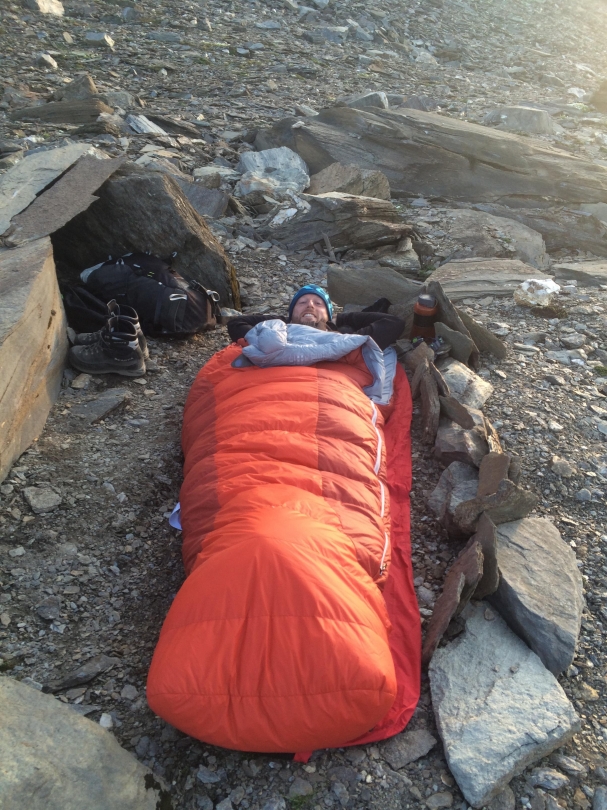 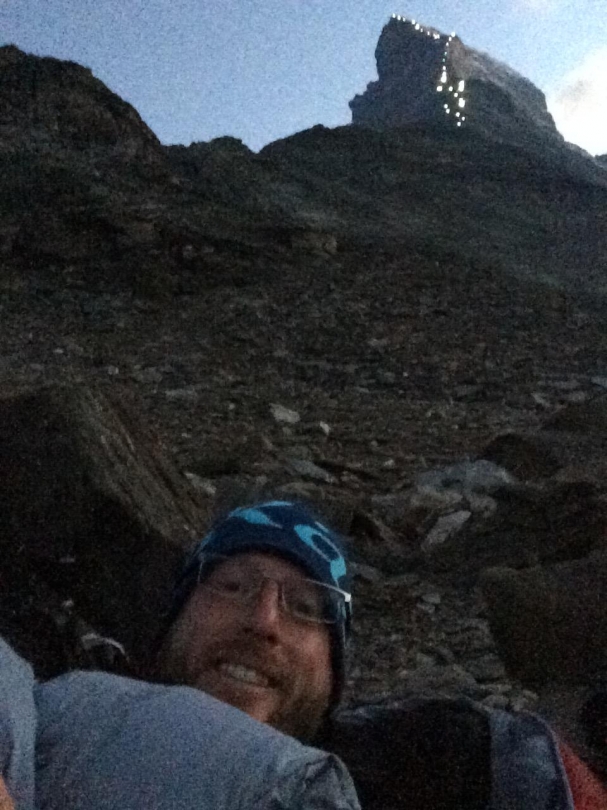 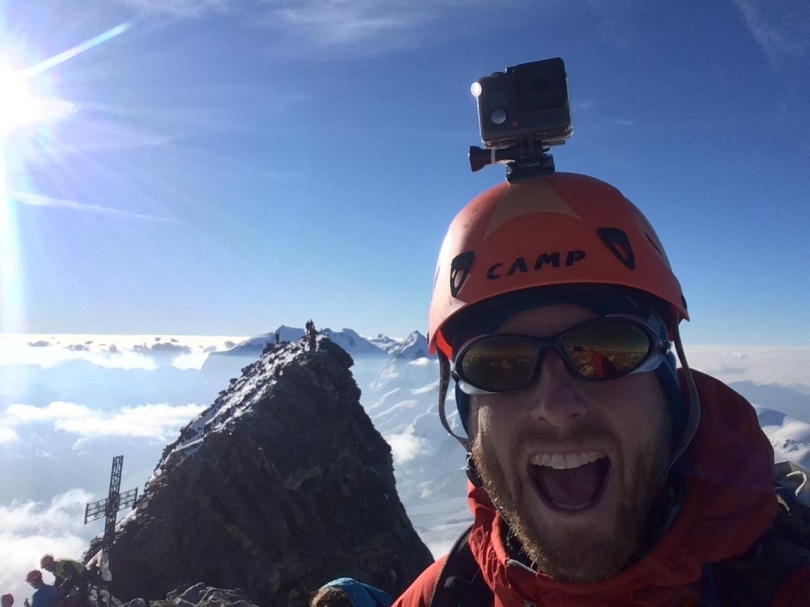